5 x things we learned from Brentford vs Arsenal 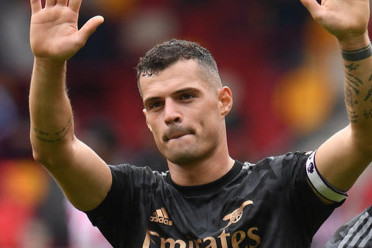 Tierney started this game in place of the injured Zinchenko, who remains out for a couple of weeks. The question amongst the fanbase is how do we adjust to the stylistic approach depending on who starts. Zinchenko is a hybrid midfielder, coming centrally and starting moves. Tierney was seen taking up central positions, making space for others.

Strength in response to defeat

Thomas Partey is too good at his job

We know how important Partey is to our set up, and the break in football last weekend provided recovery time for him. It was essential he returned to play as soon as he possibly could, and his performance was effective once again. Partey had the most passes in our passing network and the most highest xG buildup passes, and you could see how we were denying the Brentford press in the opening stages.

Squad depth won us the match against Brentford. Martin Ødegaard was out, but in came the Portuguese midfield star to start his first Premier League match of the season. The small-framed midfielder saw plenty of the ball, without being too extravagant. What a lovely strike to introduce himself.

Saka had another effective game from the right-hand side, and I personally feel he’s been playing well for large parts of the season so far. Saka is the ultimate space maker for his teammates as he drives at players, and takes up positions of danger against the opposition. He’s playing well, just differently.