5 reasons that make Chelsea vs Liverpool best match of the season !!! 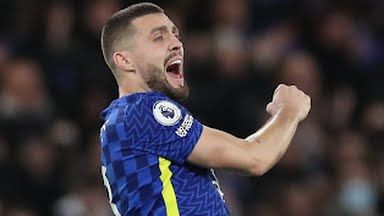 "One of the best games I have seen in a while. World class on so many levels" - Mats Hummels.

In the best professional league in the world, Liverpool and Chelsea are two clubs staying at the top with quality and money. 18 of the players in the field were among the top 50 from the 530 players registered among 20 clubs in the league. A whopping 91.25 bln in the field.

As Liverpool lost the previous match against Leicester (1-0), Chelsea were trying to win, get 3 points and minimize the gap between Manchester City. Their previous meeting also ended in a 1-1 draw, after Chelsea winning the second match of the previous season 1-0. So, after losing 4 games to Liverpool, this was their 3rd unbeaten match against Liverpool. Chelsea were looking to recuperate after a gloomy December, just 1 win and 3 draws from 4 previous matches.

If we take a list of top managers of the present time, Klopp and Tuchel will be there in the list. Both carrying a common Rangnick legacy, coming from Germany, and following modern day attacking football. Expectations were high, with a little possibility towards Liverpool's win.

In the previous 2 meetings, Chelsea scored first. This time, Liverpool took a 2-0 lead thanks to Mane(9'), and Salah(26') goals. Salah's goal was wonderful. But, Chelsea nullified the advantage in the first half itself, with 2 equally amazing goals from Kovacic (42') and Pulisic(45+1'). Kovacic's goal will be added to one of the best goals of the season. Look at his stats :

It started well before the match, when star striker Lukaku was dropped from the squad for indiscipline and Klopp, Allison, Firmino, Matip missing due to covid. Addition to that, Chelsea were trying to get a man advantage by pressing for a Mane red.Fights, missed chances, exquisite saves filled the match to a complete thriller.