S 38. Diary of a Cop : After a night of darkness & astray, we found our way home 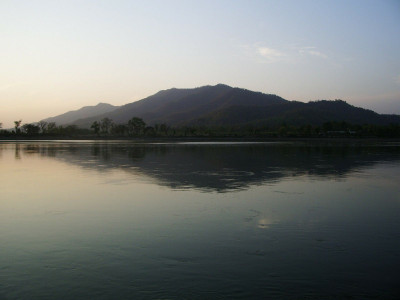 As the day became clear, we started towards Bagaha on the boat with all being tired and exhausted after the traumatic happenings of the night. At that point our camping location was not very clear since we had just reached the nearest bank with much effort in the dark night, when the boat had seemed to be moving directionless for some time in the main river. As we moved, I could see beautiful black partridges all along on the banks, a sight which I had always loved to watch, but, which on this occasion did not excite as I was then wanting to just reach back home. After some travelling we came across a farmer walking on the banks, from whom we learnt that our boat instead of moving upstream in the night had actually gone downstream by not less than 10 kms. While we were trying to move towards Bagaha in the dark night, we were actually led in the opposite direction. It was a wise decision to camp on the banks otherwise we may have travelled furthermore downstream.

As not much fuel was left in the boat, we parked it in a diara which was approachable from Ratwal and leaving the driver Pashupati along with Mahtoji behind to take care of the boat we started on foot towards Ratwal. After walking for a kilometer, a bullock cart was met with and tired as we were after the exhaustion of the night, we decided to board it upto Ratwal ghat. At Ratwal ghat, the Police Station Jeep had already arrived and it dropped me at my residence at about 11 am, where after having breakfast I slept till 4 p.m. I was woken up by repeated phone calls and due to a large number of people waiting outside the residence to meet. As I wound up the official activities of the day, it was past 8 p.m. and as the boat had yet not arrived, I ventured out onto the banks and waited for its arrival just behind my residence.