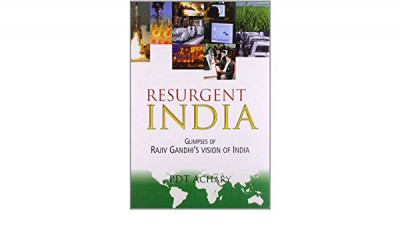 “But the change that took place was not a normal development and it disintegrated the whole economic and structural basis of Indian society. A system which had social sanctions and controls behind it and was a part of the people’s cultural heritage was suddenly and forcibly changed, and another system, administered from outside the group, was imposed. India did not come into a world market but became a colonial and agricultural appendage of the British structure.”Hundred years after the establishment of British rule in India, in 1857 there was a revolt against the British which spread from Delhi to other

parts of central India. Indian historians call it the ‘first war of Independence’, but British chroniclers have disdainfully termed it as a ‘sepoy mutiny’. It started as a mutiny in the Indian army but certain feudal elements and their followers who were opposed to the British joined the

This revolt rattled the government, which ruthlessly suppressed

it. In suppressing the revolt the British government took the help of native

princes, the Gorkhas and the Sikhs. The rebellion of 1857, though not a

mass uprising, finds an important place in the history of India because of

the heroism of the Rani of Jhansi, whom the British General called the

‘best and bravest’. She fought the British army heroically and died on the

The post-mutiny repercussions were terrible. The British army with

the help of locals slaughtered people in Delhi, Kanpur and elsewhere. They

put to death the aged, women and children. Hangmen fanned out into

villages and caught people and hanged them on trees. The bestiality of the

British army knew no bounds. After the mutiny, the British Government

thus Indians became the subjects of the British monarch. Another phase

of colonialism began after hundred years under the East India Company’s rule.