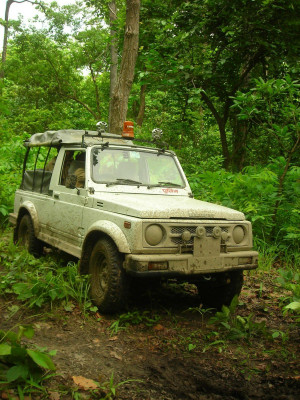 But destiny had surely planned it otherwise since it started raining heavily immediately and continued almost non-stop after the storm. Around 8 p.m., as we waited for the rains to end, it was decided to make arrangements for dinner of the about 30 persons accompanying me. But, with a suspended Officer-in-charge who would have usually been assigned such responsibilities, and a bad weather, the whole team was almost left to fend for itself in the small village which also contained the threat of being attacked by the Maoists from the neighbourhood.

As the search for provisions began in the village amidst the continuous rain, two teams of 2 officer-in-charges each went in two directions communicating with each other on wireless. One of the teams managed to procure some rice, pulses and spices from the only shop in the village after locating its owner who had gone home to sleep and was fully inebriated when he was requested to open the shop for purchases. The other managed to procure about 6 desi chickens as deemed sufficient for the whole group.