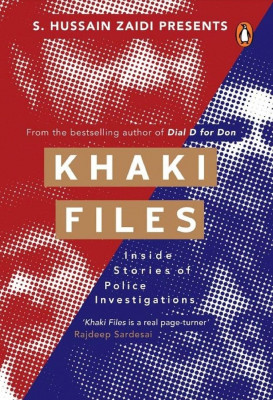 We were a humble team of a few police officers armed only with a monograph on our meticulous investigations and represented by a senior government counsel.

The lottery vendors were a wealthy force, had the media on their side due to the enormous advertising revenue made through such operators, the best lawyers of the land, and the support of a few unscrupulous politicians and lottery department officials. I hoped the Supreme Court would deem our findings meritorious and substantial and stop lottery vendors from looting millions of innocent people of their hard-earned money in the future.

The date of the hearing finally arrived. The bench, in the opening lines of their order, quoted from A Matter of Chance. The court took note of the cases we had investigated and appreciated the pioneering work we had done, much like a sustained campaign. In a far-reaching order, the court put a blanket ban on all private lotteries and declared only those that were run wholly by the government to be legal.

As the officer who had studied and investigated the lottery frauds in the country for months, the order was gratifying.

What was even more humbling was the fact that the court had relied heavily on the monograph I had prepared with the help of my ACP, S.M. Bhaskar.

Millions of innocent people, who would have otherwise been the victims of such frauds in subsequent years, had been saved. That was reward enough for us; that was the recognition to be cherished forever.

Next on Khaki Files - The Da Lakhvi Code