S 14. Diary of a Cop : A memorable stay in Ganauli 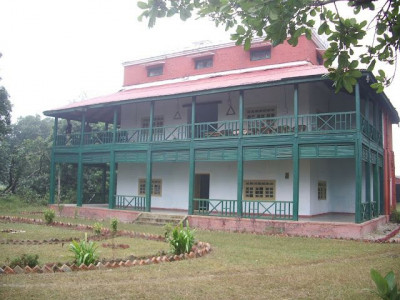 They however had been opposing the gangs as a matter of principle and thus had been on the target since long. Further, due to their opposing the gangs in such territory, they had always assisted the campaigns of the police and thus had been known to a generation of police officers who got a chance to serve in the district. On the way back, I discussed about the idea in my mind of setting up a police camp in adjoining Nainaha, and the Ratwal family assured to assist in every way in secure setting up of the same.

A Memorable Stay in Ganauli

After several raids and ambushes in the diara, it was now time to deeply explore the forested parts of the police district. The visit to Valmikinagar PS for the second time was quite adventurous. I remember that it was a cold day when I decided to reach Valmikinagar via Ganauli forest road since earlier I had visited it through the main road which was highly damaged and I was exploring another options.

I stopped at the Forest Rest House to click a few photographs and also inquired about Kamaljit from the Indian Forest Service, who was then undergoing practical training as a probationer. Kamaljit seemed to have been on tour and since mobile phones did not work in the areas near Valmikinagar, I dropped in a message for him on the forest wireless. As I reached Valmikinagar using the forest road for about 10 to 12 kms from Ganauli, I could see the evening setting in and it was getting dark when I reached the Police station. I still remember that it was cold when I dropped out of the vehicle to reach the Police station verandah where two well sized logs had been put together and a small fire was seen oozing out from the contact cavity. As I reached near the logs I could realize that the logs had been probably burning for several days and emitted enough heat which comforted one seated nearby.