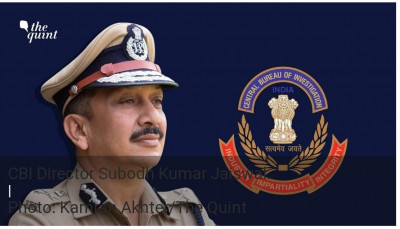 Under Subodh Kumar Jaiswal, the Central Bureau of Investigation (CBI) is turning into an impenetrable fortress, claim agency officials.

The intended objective of the drive is to check unauthorised leakage of the information and also secure the agency’s offices, including its headquarters in the national capital, from unauthorised access.

First, a look at the steps the agency has taken in recent months to secure its offices, especially the headquarters in the national capital.

Now, the agency has a full-fledged security wing under a Deputy Inspector-General rank officer, Gagandeep Gambhir, a 2004 batch Indian Police Service officer belonging to Gujarat cadre and serving in the agency on deputation.


NO PEN DRIVES, CHIP-BASED ACCESS CARDS
Sources say the establishment of the security wing coincided with the leakage of crucial documents belonging to the agency’s probe against former Maharashtra Home Minister Anil Deshmukh. The CBI arrested one of its own sub-inspectors and a lawyer in the case.

The security wing recently issued an order banning the use of pen drives in the agency. The office order said no pen drive is to be connected with any system that is connected with the CBI network.

Now onwards, the agency will allocate external hard discs to its officers for official use and the allocation list of the discs will be recorded. Furthermore, these hard discs cannot be taken off the agency premises without prior permission.
Sources add that the agency is also planning to issue new chip-based access cards to its officers and staff.

“Use of technology is good to check unauthorised access, but we also fear that these new chip-based cards will also be used to log our movement on the agency premises,” said an agency officer who spoke on the condition of anonymity.

A CBI spokesman could not be reached for comment.