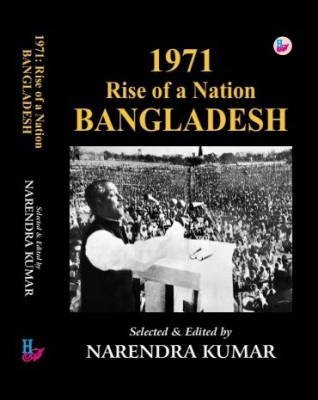 A story that needs to be heard!


In 1971, the Pakistani military junta wanted to prevent Bengalis of then East Pakistan from pursuing their just demands by using brute force. When the Pakistani army unleashed a genocidal attack on unarmed civilians on March 25, citizens of East Pakistan revolted, and after a nine-month war that resulted in a great deal of bloodshed and suffering, East Pakistan emerged as an independent nation — Bangladesh.

The ideals of Liberation War thus entail, among other things, resistance to unjust display of power, tyrannical and exploitative rule, sexual violence, religious intolerance, and racial hatred. The freedom fighters and founding fathers of Bangladesh also deeply valued shared identity as Bengalis that bound people of all religions in the country.

This struggle and genocide, often ignored by the global discourse, needs to be revisited for a better world tomorrow. Bangladesh celebrates 50 years of its independence that was preceded by 100 years of birth anniversary of Sheikh Mujibur Rehman, founding father of Bangladesh, brutally assassinated by anti-Liberation forces backed by their international partners, four years after independence.

The birth of Bangladesh coincides with creation of diplomatic ties between Bangladesh and India. And as the two celebrate 50 years of diplomatic ties, partnership is getting stronger by the day. The two not only share land and maritime boundary but share a common history, culture and heritage. It may be recalled that India stood as a rock and played a pivotal role in their freedom struggle. The 1971 Indo-Pak war helped liberate people of East Pakistan who suffered one of the worst genocides in human history.

This book is a tribute to the birth of the new nation 50 years back and honour the valiant freedom struggle of common people of erstwhile East Pakistan.

This publication hopes to honour the fallen heroes which will inspire generations to come and serve as a ready reference to the events of 1971—a watershed year in the history of mankind.
The book is a collectors’ item and features one important event almost on each day of 1971, capturing freedom movement culminating in the creation of Bangladesh.